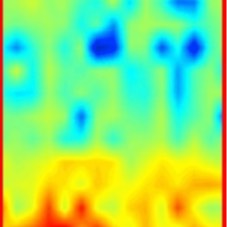 Study Purpose: Neuromodulation is emerging as an alternative therapy to bowel dysfunctions. However, knowledge of optimal stimulation modalities is lacking. This study aims to map the colonic wall impedance and luminal pressure changes to electrical stimulation of the colon and autonomic nerves in a porcine model.

Data Collection: Direct electrical stimulation of proximal (pC), transverse (tC) and distal (dC) colon was done using planar flexible multi-electrode array panels. In all instances, pC, tC, and dC wall bioimpedance, and luminal pressure (manometry) changes were monitored before, during, and after stimulation. The regional colonic motility index was quantified by measuring the area under the curve of the phasic component of the luminal pressure trace (pAUC). Colonic luminal pressure map was generated.

Primary vs derivative data: The primary folder is organized by subject identification and with results in xlsx, pl2, smrx, and s2rx formatted files. The derivative folder contains a summary of all experiments as an xlsx formatted document

Important Notes: (1) There is a Docs folder attached to this study. This folder contains metadata for the study (xlsx) and an image representative of this data(jpg).

Code Availability: The compressed Matlab code (rar) used to extract data from .pl2 format is included in the Code folder. The extracted data can be found in the Derivative data folder.