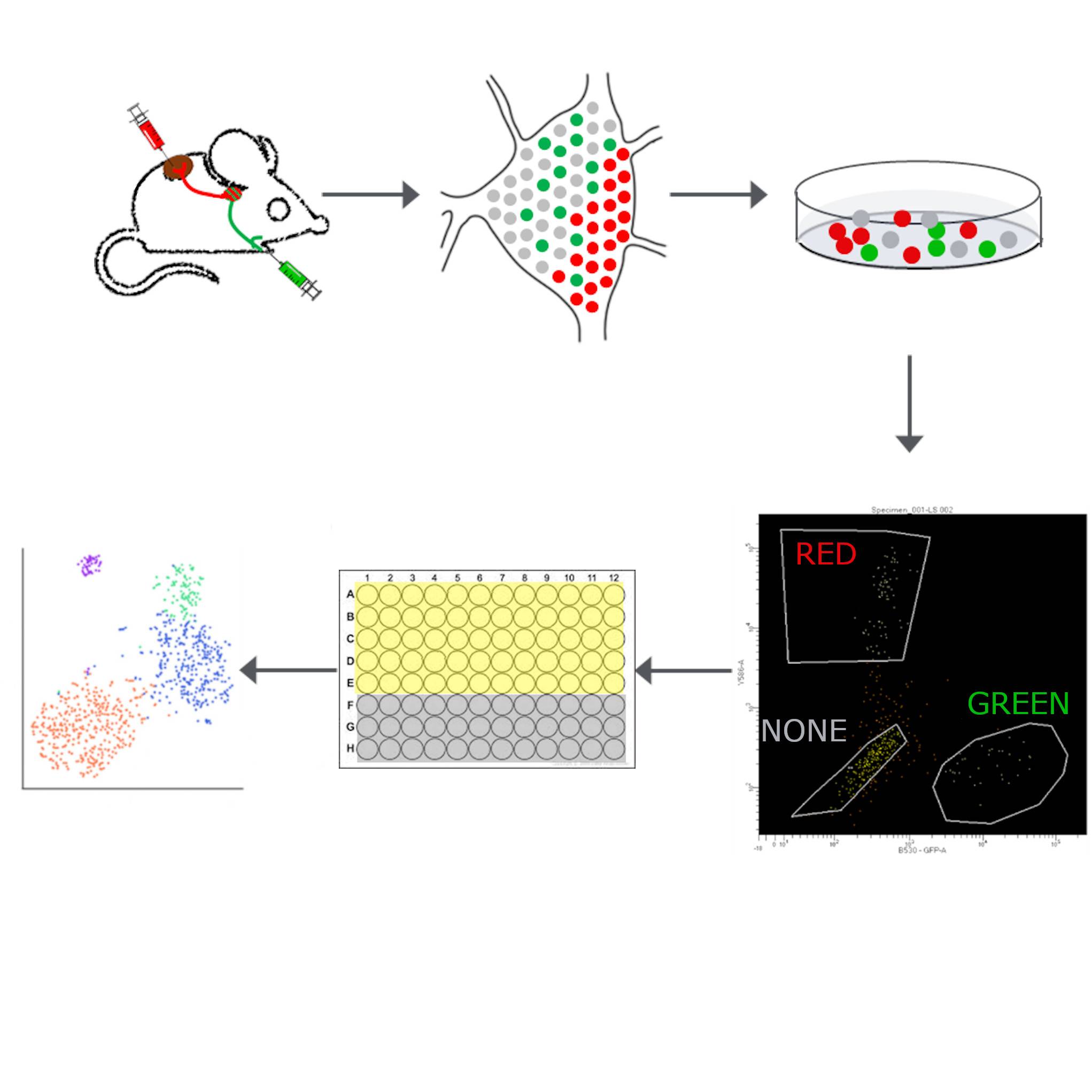 Study Purpose: The first scRNA-Seq studies in the peripheral nervous system identified molecular diversity in sympathetic and sensory ganglia. This raised the possibility that target innervation provides a source of molecular diversity in these systems. Here we perform scRNA-Seq in conjunction with retrograde tracing into a sympathetic ganglion. We compared the transcriptional profiles of neurons in the stellate ganglion that project to brown adipose tissue (BAT) vs. forelimb. These targets were chosen because their projections share a similar anatomical trajectory via the intercostal nerves, and they are both involved in thermoregulation. Moreover, sympathetic nervous system (SNS) tone causes vasodilation in BAT, the opposite of what is usually observed.

Primary Conclusion: In contrast to what was seen in sensory neurons, we found no evidence of target-specific transcriptional profiles in sympathetic ganglia in the adult mouse. However, the proportion of the four main neuronal classes varies across targets.

Experimental Design: A freshly harvested stellate ganglia were dissociated into single neurons and sorted based on relative fluorescence into 96-well plates. FACSAria sorter with a square cuvette with a 130-μm nozzle at 12 PSI was used. Cells were sorted based on the signal from Alexa 488, Alexa 555, or the lack of any signal. A plate-based single-cell sequencing was performed as described in Snyder et al., 2019 (https://doi.org/10.1126/sciimmunol.aav5581)

Completeness: This dataset is a part of a larger study, "Expression of molecular markers for SG neuronal subpopulations in 3 sympathetic ganglia."