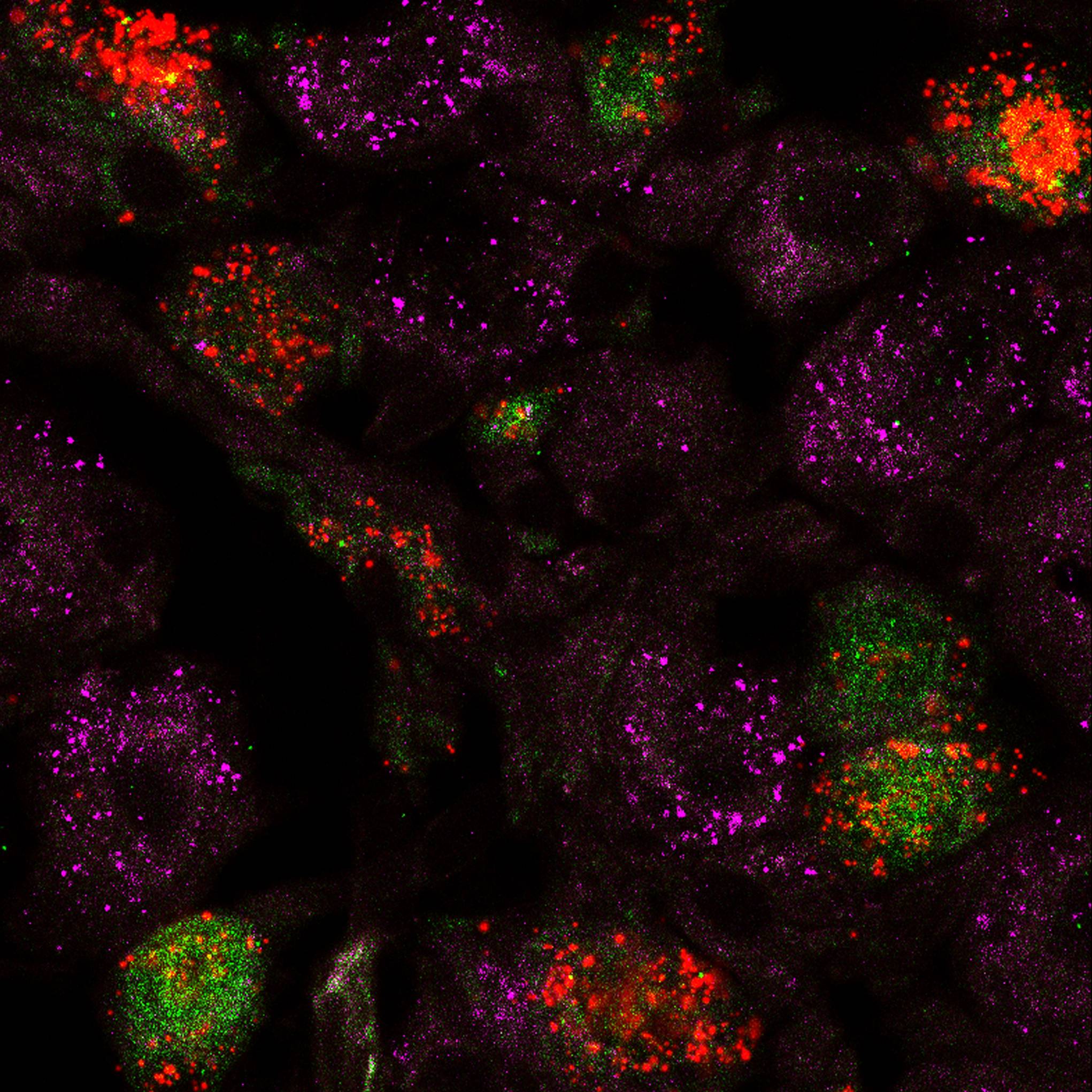 Study Purpose: Sympathetic regulation of peripheral organ function is achieved through the coordinated actions of secretomotor, vasomotor, and erector sympathetic neurons in a manner that is highly conserved across species. Functionally distinct classes of sympathetic neurons have been defined by their firing properties and the expression of different combinations of neurotransmitters and neuropeptides. The identification of unique molecular markers for these populations would open the door to the application of genetic tools to parse the actions of secretomotor, vasomotor, and erector sympathetic neurons. We identified unique molecular markers that can distinguish between subpopulations of stellate ganglion (SG) neurons in the mouse. Here we investigated whether the expression patterns of these markers are conserved in the superior cervical ganglion (SCG) by multiplex single-molecule fluorescent in situ hybridization (smFISH) on SCG cryosections.

Primary Conclusion: Gene expression patterns detected with smFISH in the SCG paralleled our observations in the SG.

Completeness: This dataset is a part of a larger study, " Expression of molecular markers for SG neuronal subpopulations in 3 sympathetic ganglia."

Important Notes: A complete list of molecular probes is shown in the associated protocol https://www.protocols.io/view/expression-of-molecular-markers-in-subpopulations-b62mrgc6/materials, and is available as a pdf file in the protocol folder in this dataset.