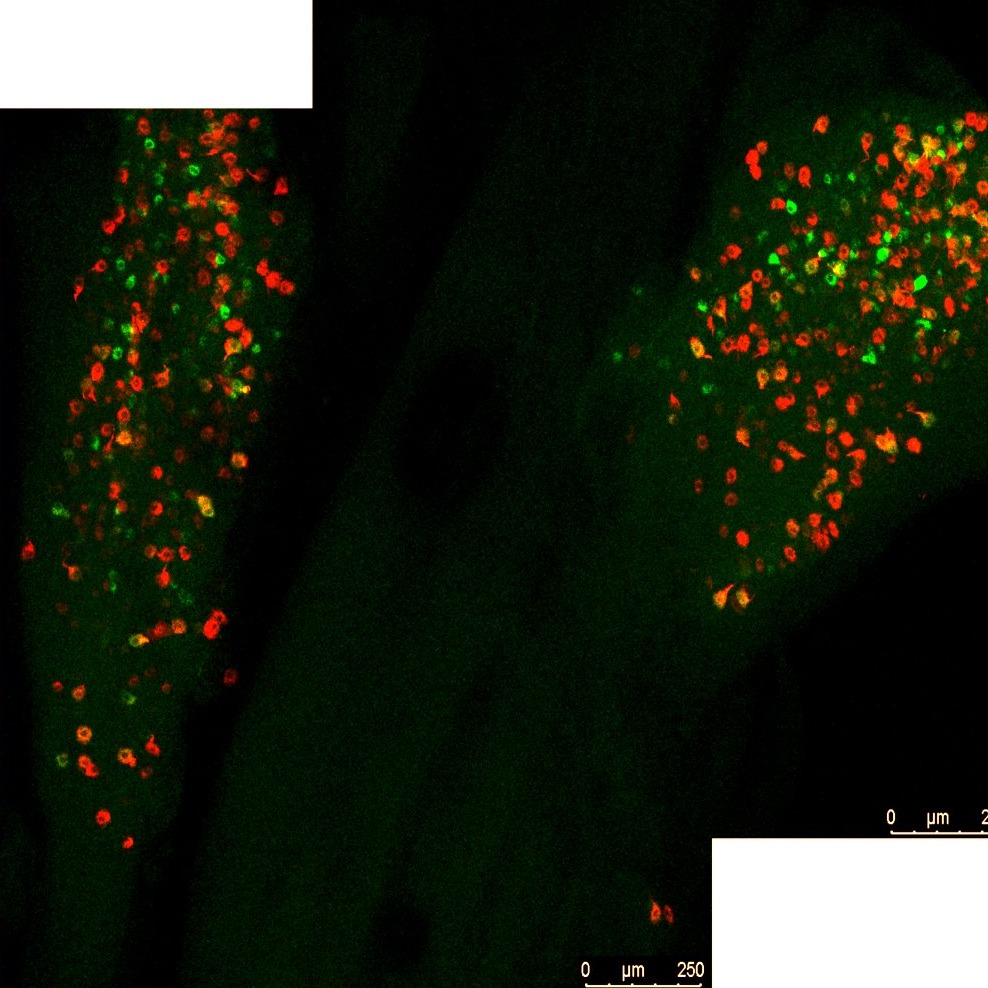 Study Purpose: Identify the distribution and proportion of dichotomizing colon/bladder sensory neurons in spinal dorsal root ganglia and vagal nodose/jugular ganglia in the mouse and if this changes in a mouse model of post-colitis chronic visceral hypersensitivity.

Completeness: This dataset is part of a larger study called "Colon/Blader sensory neurons ganglia in mouse". Related datasets are available.

This dataset is currently under embargo. Files will be made publicly available on 04/13/2023.