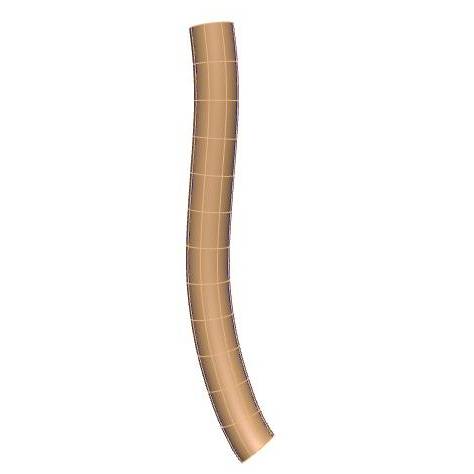 Study Purpose: The goal of this work is to create an annotated generic human esophagus scaffold for the registration of segmented data obtained by experimental groups.

Data Collection: An anatomically-based 3D scaffold of the human esophagus is created to fit in the entire gastrointestinal tract scaffold. The esophagus scaffold is generated with a configurable central path defined from the proximal end of the upper esophageal sphincter to the distal end of the lower esophageal sphincter. The cervical, thoracic, and abdominal part of the esophagus are annotated with their respective identifiers. The cross axes of the central path provide control of the major and minor radii along the length of the esophagus. Four wall layers (mucosa, submucosa, circular muscle, and longitudinal muscle) are added to the human esophagus scaffold. The outer surface of the scaffold is annotated as the serosa.

Completeness: The study is ongoing and potentially will link to other datasets where the data is used for mapping onto the scaffold.

Subjects & Samples: The generic scaffold is not subject/sample specific but represents an average esophagus of subjects used in other studies.