This is a dataset of simulations of planar neural interface stimulation and recording properties computed for single axons and neural ensembles using ViNERS, looking at the influence of fascicle size and perineurum thickness. 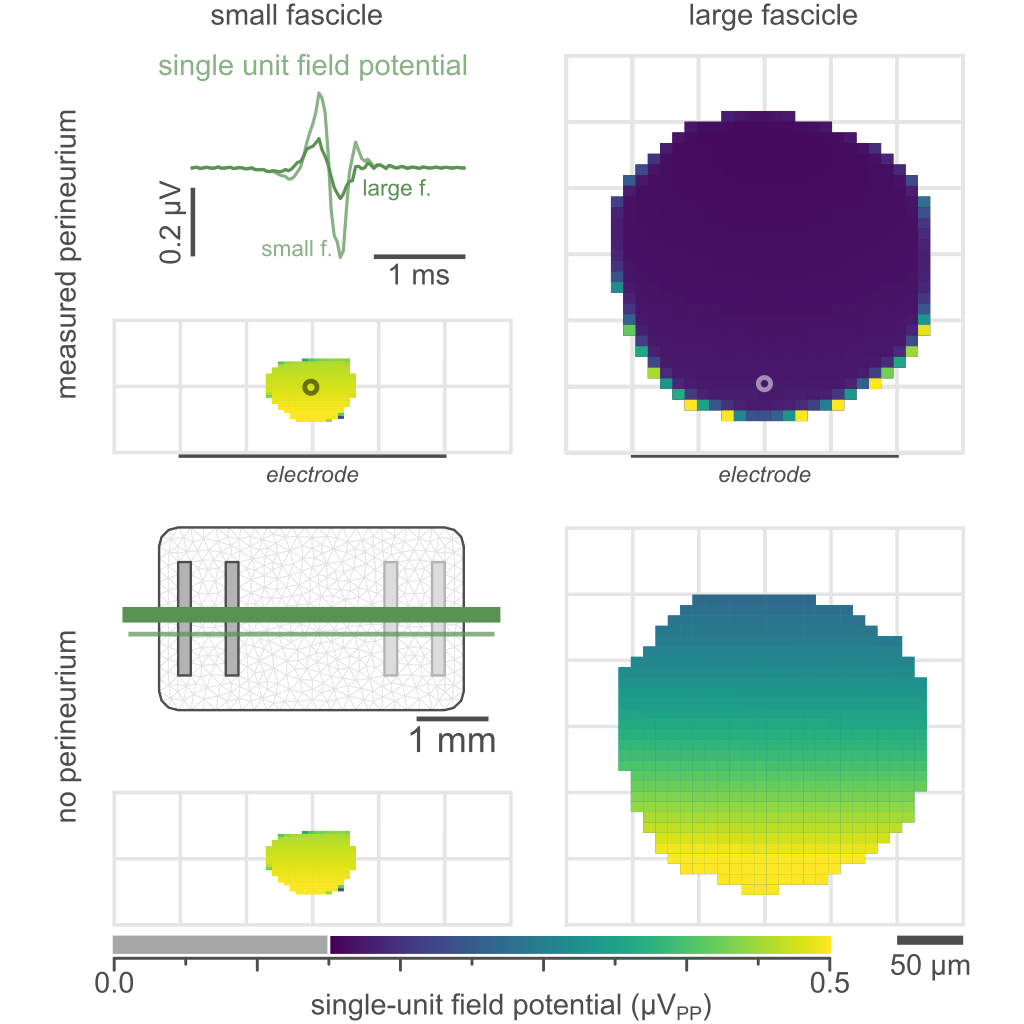 Study Purpose: This hybrid computational and neuroanatomical study was undertaken to determine the influence of nerve anatomy (fascicle diameter and perineurium thickness) on the stimulation and recoding performance of planar electrode arrays using ViNERS.

Primary Conclusions: Extracellular stimulation thresholds increased and SUFP magnitudes decreased with fascicle size. Simulations of recordings from multifasciculated nerves were greater in amplitude than from single-fascicle nerves of equal area with equivalent axon-electrode separation. To generate realistic ECAPs, the fascicle geometry and the morphological diversity of axons within the nerve must be considered.

Subjects & Samples: No live animals were used in this study. Values were either computed or extracted from other datasets.

Code Availability: Snapshot of the ViNERS code is provided in the code folder. Versioned code available at https://gitlab.unimelb.edu.au/lab-keast-osborne-release/ViNERS