We are developing a novel wireless device named Fecobionics for mapping colonic and anorectal neuromuscular function. This dataset contains results from the control group of the safety study. 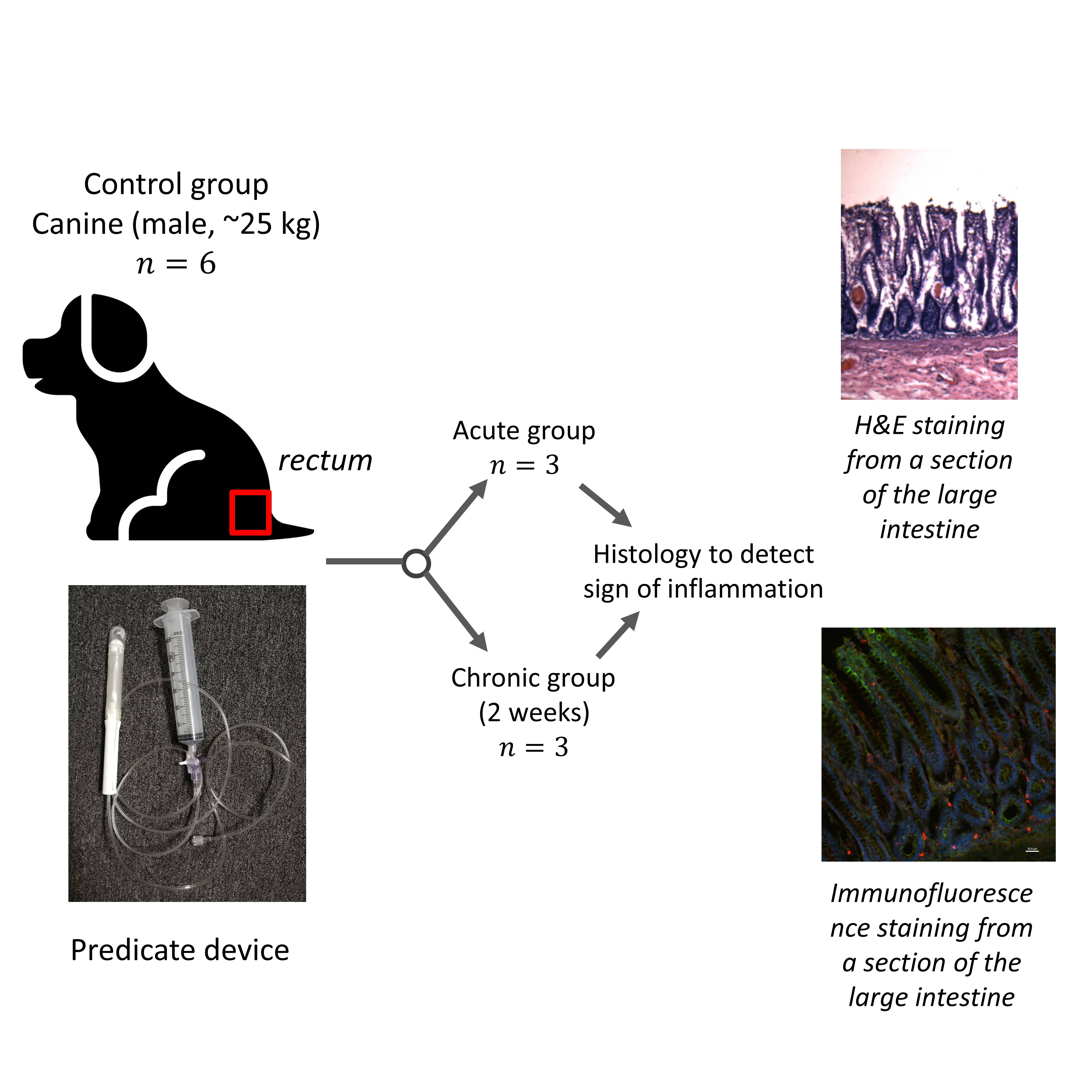 Study Purpose: We are developing a novel wireless device named Fecobionics for mapping colonic and anorectal neuromuscular function. The purpose of this study is to demonstrate the safety and performance of the device in vivo.

Data Collected: This dataset contains animal recording sheets and histology images from the Control group of our safety study in the canine lower GI tract. Hematoxylin and Eosin (H&E) and immunofluorescence (macrophages and caspase-3) staining were performed to identify inflammation in the tissue from different sections of the colon and anorectum.

Primary Conclusion: All procedures were performed successfully. All animals showed normal food intake and behavior. When compared to the control group, no obvious signs of inflammation were shown in both acute and chronic groups.

Experimental Design: Six male Mongrel dogs, weighing 25 kg had the predicate device (THD SensyProbe) trans-anally inserted into rectum, then inflated at 20 ml and extracted after 6 mins. The dogs were divided into two groups: The acute group in which the animals were euthanized immediately after the removal of the device, and the chronic group in which the animals were terminated after 2 weeks (N=3 of each). Tissue from different sections of the colon and anorectum were collected after the animals were euthanized. HE and immunofluorescence (macrophages and caspase-3) staining were performed to identify inflammation.

Image data in the derivative folder (JPEG2000 and OME-TIFF) was derived from primary images (.tif). Each pair of images were merged into multichannel channel images derived from TIFs for each channel (red, blue, and green found in the SOURCE folder).