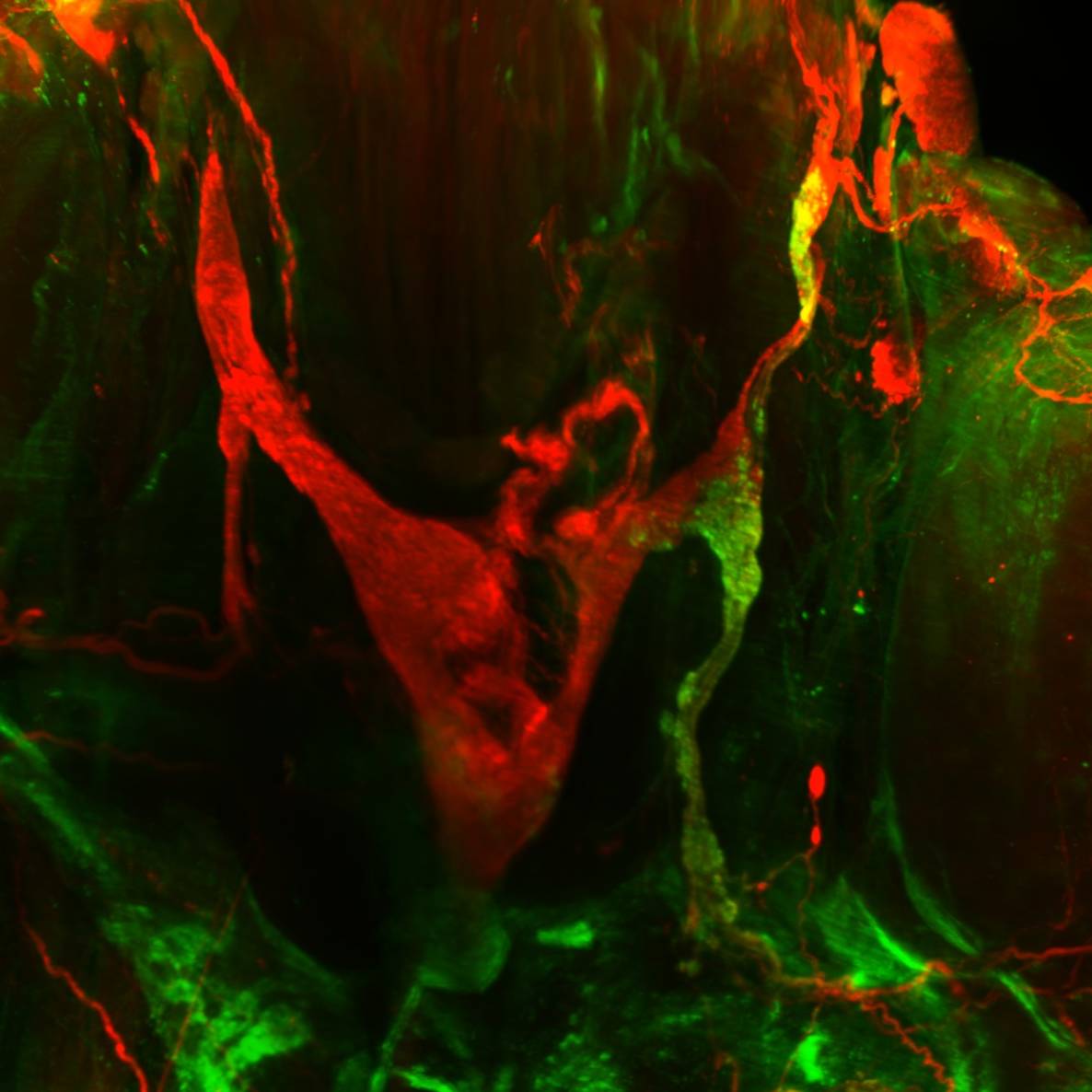 Kidney: We generated n=6 samples with PRV injection in the kidney. iDISCO tissue clearing and staining for tyrosine hydroxylase (TH) revealed excellent detail about the celiac complex that consists of the major celiac ganglia (a triangle-shaped structure), supra-renal ganglia, aortico-renal ganglia, and splanchnic nerves. The co-localization with PRV labeling identified the majority of kidney innervating post-ganglionic neurons are found in the aortico-renal ganglia and to a lesser extent in the supra-renal ganglia. The main celiac ganglia were largely void of PRV labeling.

Thus, the celiac ganglia are distinctly providing sympathetic innervation to the liver, but not to the kidney, while the aortico-renal and supra-renal ganglia provide innervation to both kidney and liver.

Experimental Design: Mice (ranging from 7 to 23 weeks old) were anesthetized with isoflurane/oxygen. An incision was made by pulling straight up on the skin at the left side of the spine below the ribs to expose the left kidney and make a sagittal cut to expose the muscle. Then muscle layers were cut to make the kidney or the liver lobes accessible. Individual injections were distributed across the organ with green fluorescent protein-expressing PRV. Infected mice were euthanized, the left kidney or liver was dissected and subjected to iDISCO tissue clearing and staining for PRV and TH.

Completeness: This dataset is a part of a larger study: Genetically-based neuro-modulation of adipose tissue functions.

Important notes: This dataset is currently undergoing image registration and will be updated once this process is complete.