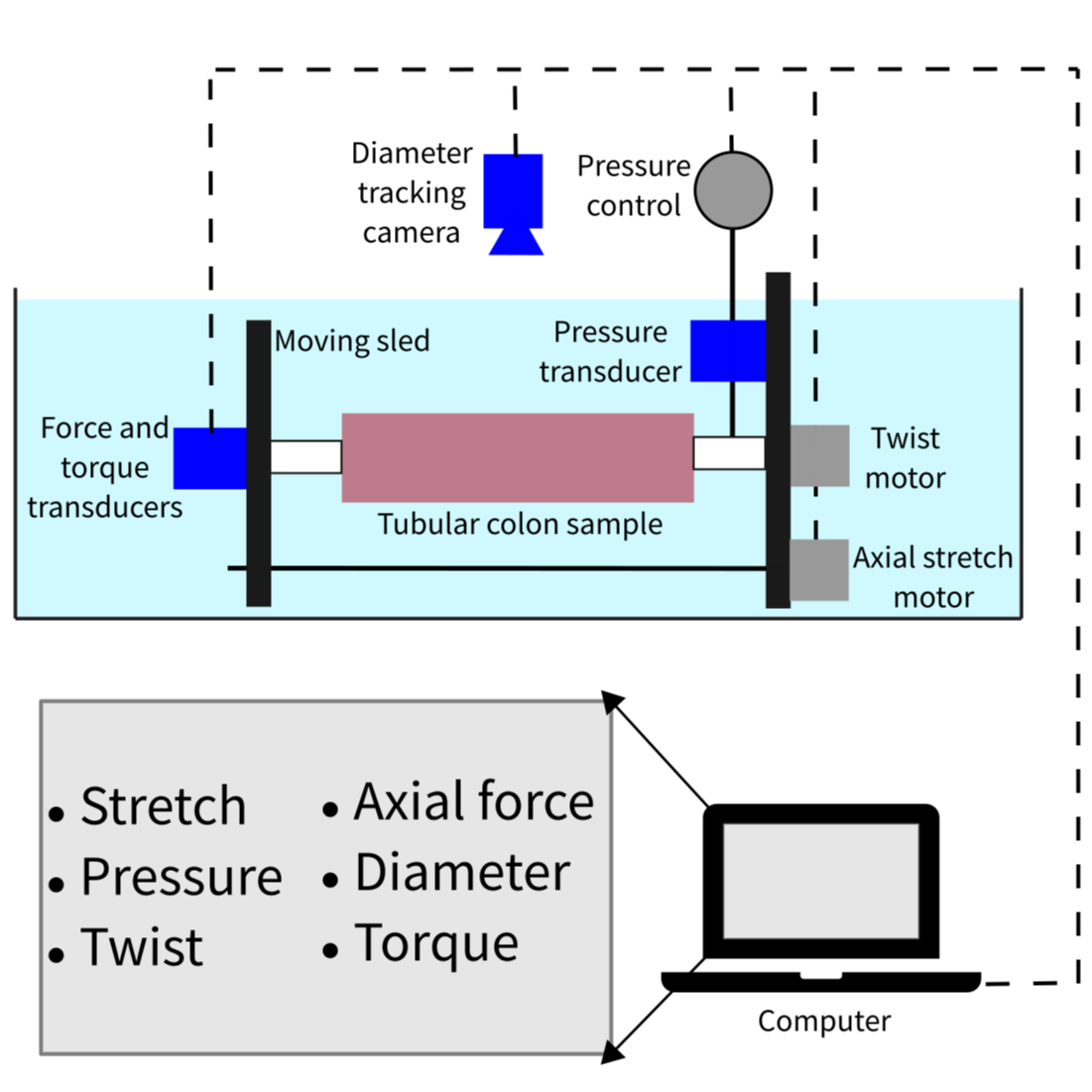 Study Purpose: The goal of the study was to conduct ex vivo mechanical testing of dog colon samples for understanding the mechanical behavior of the tissue.

Data Collection: Data was collected by testing tubular dog colon samples on our custom-built triaxial testing machines. It consists of simultaneous measurements of stretch, axial force, pressure, diameters (at three locations along the length of the tissue), twist, and torque.

Completeness: This dataset is a part of the larger study: Safety Study of Wireless Fecobionics Device.

Primary vs Derived: Data in the primary folder is divided by the subject identification ID. Each subject folder contains a subfolder with detailed tabular measurement data related to the mechanical testing of dog colon samples under triaxial (inflation, extension, torsion) loading. There is no derivative data folder.