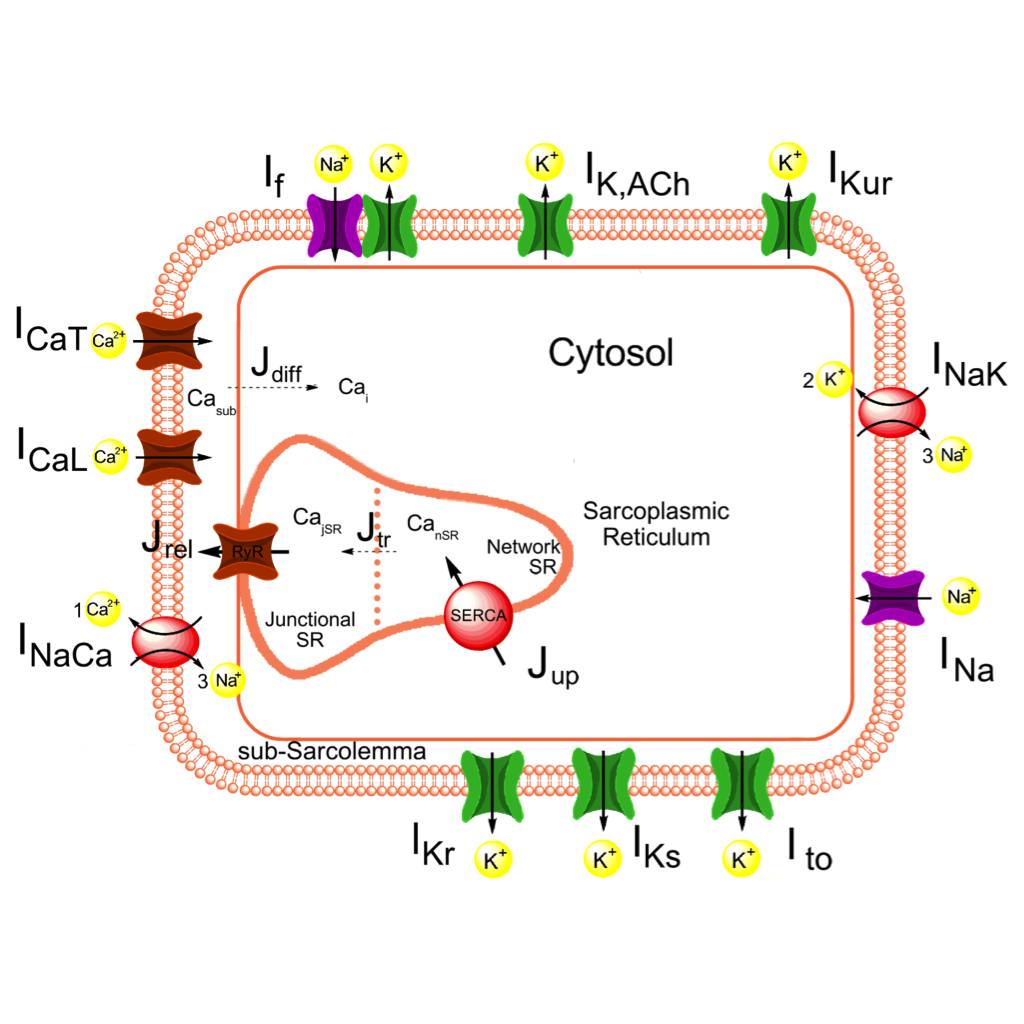 Data collection: the model is based on electrophysiological data from isolated human SAN pacemaker cells and closely matches the action potentials and calcium transient that were recorded experimentally.

Primary conclusion: Simulated ion channelopathies explain the clinically observed changes in heart rate in corresponding mutation carriers, providing an independent qualitative validation of the model. The model shows that the modulatory role of the ‘funny current’ (If) in the pacing rate of human SAN pacemaker cells is highly similar to that of rabbit SAN cells, despite its considerably lower amplitude. The model may prove useful in the design of experiments and the development of heart‐rate modulating drugs.

Experimental Design: This is a computational study.

Subjects & Samples: Not applicable. This is a computational study.

Primary vs derivative data: Not applicable. This is a computational study, no primary data was collected.